The gender-pay gap is never far out of the news cycle these days and no wonder, we are still slowly coming to understand its deeper manifestations and pervasiveness throughout the culture.

Late last year, the University of Bristol released the results of a long-term study that involved over 3,500 couples. It revealed that fewer than a third of women return to full-time work or — if they are self-employed — returned to that status after having a baby. Even three years on. But more than 90 per cent of new fathers carried on business as normal.

It is hard to dispute that this is quantifiable evidence of the so-called ‘Motherhood Penalty’. And while it is easy to dismiss such disparities between new fathers and mothers as a matter of personal choice, the reality is that current UK legislation penalises women for having children by default.

In 2015 the Tory-Lib Dem coalition government passed two pieces of legislation known as Shared Parental Leave (SPL) and Statutory Parental Pay (SPP) into law. And while both were drafted with the best intentions — to encourage new mothers and fathers to distribute child care duties more evenly — both contained fundamental flaws.

The biggest flaw, and strangest oversight, is that both pieces of legislation did not include freelance or self-employed women. This immediately neglected the estimated 1.6 million women currently working independently in the UK. The second flaw is that there is no legal requirement for businesses to pay men and women equally when they opt for parental leave.

The reason for this is because, whenever a new father decides to take shared parental leave, he is either paid 90 per cent of his earnings or a statutory rate of £148.68 a week. (The outcome is determined by whichever amount is the lowest.) On the other hand, expecting or new mothers receive “enhanced pay”.

Unsurprisingly, most businesses show little enthusiasm for matching new fathers’ statutory or weekly earnings with the enhanced pay of the new mothers. One study by the Working Families Charity seemed to confirm this, concluding that 68 per cent of businesses took no action to match SPL payments. This reluctance might stem from the fact that the overwhelming majority of British businesses — especially in the construction and engineering sector —  pay their male workers more than the women. So price matching SPL would effectively cost the businesses more money.

How To End Discrimination & The Motherhood Penalty

One self-employed woman, Olga Fitzory, was so angry with the discriminatory policies (which she described as something belonging to “the 1950s”) that she set up the Parental Pay Equality or PPE campaign. As of February 2020 the PPE has at least coerced the government into a formal reviewing its current SPL policies.

This cannot come a moment sooner for the PPE, which is continually unveiling the many manifestations of the Motherhood Penalty. One study by the campaign found that fewer than one in five women had the same earning power two years after childbirth as they had before it. This was especially true for self-employed mothers, most likely because of the additional stresses of self-employment (i.e. no guaranteed work afterwards, diminished opportunities to network and build client relationships).

But there is another particularly bothersome barrier to overcoming the Motherhood Penalty that is not bound by legislation, and that is sexual discrimination at work. Career breaks — even if they are to have children — are viewed negatively by hiring managers and especially STEM managers. There is the worry that such breaks will render any job skills as out of date. At its worst, this discrimination can translate into a job interview if the woman just happens to be of child-bearing age.

One obvious way to end this discrimination would be for the government to bring in legislation that guarantees fair parental leave pay. If such legislation was in place, and it was now possible for men to take as much time to look after new-borns, then any such penalties would no longer apply just to the mothers. It would no longer be so easy for hiring managers to discriminate.

In companies that have introduced equal parental leave payments have reported greater employee satisfaction and lower turnover levels. Airbus Commercial is one example that implemented a scheme of offering its male employees up to 23 weeks’ enhanced pay that matched their full take-home payments. It also reduced the number of hours coming back in order to ease new parents back into the job role. The effect this had is considerable: it doubled the number of men taking parental leave in the company. The main, societal benefits of this is that the more men start to take parental leave, the less of a stigma it is.

All of these points are of crucial importance to the construction industry, which already has a massive recruitment problem and a huge gender-divide in the workforce. Men need to know that it is perfectly acceptable for them to take time off to help raise the children, which of course is one of the most pleasurable things a parent can do in life. At the same time, this will provide more equal opportunities for women.

It must be noted that not every woman will want to share their maternity leave, and will be happy to let the father continue on with his work. That is also fine, as long as the decision was made naturally and isn’t forced. The important thing is that we continue to fight for equal parental leave pay legislation.

This article was written by Neil Wright of Dpack, a direct packaging and packaging solutions business located in Stockport, UK. 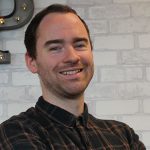 Want to know more? Get in touch with us today!

Who are we? Learn more

Please log in again. The login page will open in a new tab. After logging in you can close it and return to this page.